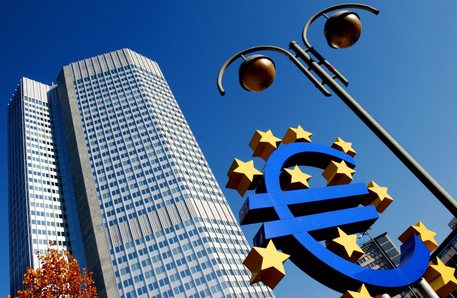 (ANSA) - Berlin, January 16 - The European Central Bank (ECB) is set to introduce a program of massive sovereign bond buying to stimulate inflation, German magazine Der Spiegel reported Friday.
Such a program, known as quantitative easing, could be outlined by the ECB as early as its next regular meeting on Thursday, a senior official was quoted as telling French newspaper Liberation.
Under the ECB plan, national central banks will only be allowed to buy the sovereign debt of their respective countries, and a ceiling of 20-25% will be set on national debt purchases, the magazine reported.
Greece is said to not be included because it does not fit program criteria. According to Der Spiegel, ECB President Mario Draghi discussed the plan with German Chancellor Angela Merkel and Finance Minister Wolfgang Schaeuble at an informal meeting in Berlin on Wednesday.
The German government later confirmed the meeting had taken place.
Dutch central banker Klaas Knot said he was in favor of putting central banks in charge of a QE plan in their respective countries.