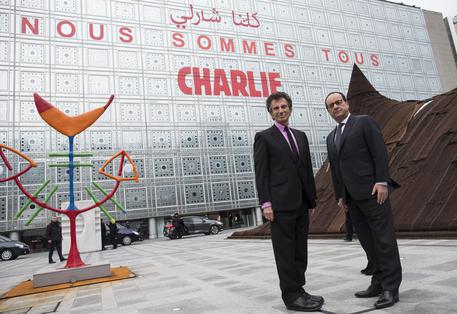 (ANSA) - Paris, January 15 - Muslims are the first victims of Islamist violence and any such offense must be punished severely, French President Francois Hollande said Thursday in a speech to the Arab World Institute in the nation's capital.
"Muslims are the first victims of fanaticism, fundamentalism and intolerance," Hollande said.
"Acts against Muslims, like anti-Semitism, must be not only reported but also severely punished," the president went on.
France, he said, will "defend all its citizens".
Also on Thursday, Vice Admiral Arnaud Coustillière confirmed Islamist hackers have attacked 19,000 French websites in the past four days.
"They were low-level attacks that don't require extensive technical abilities and could have been carried out by any geek," said Coustillière, who is in charge of French military cyber-defense.
The hackers did not send viruses, but simply targeted sites with scarce firewalls or outdated software and erased their home pages.
Meanwhile French leaders awaited the arrival later on Thursday of United States Secretary of State John Kerry, who is presently in Bulgaria where he told reporters he plans "to share a big hug with Paris and express the affection of the American people for France and for our friends there who have been through a terrible time".