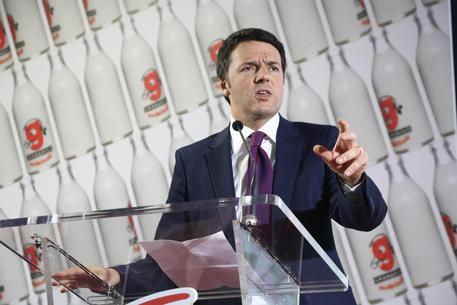 (ANSA) - Rome, January 12 - Confidence in Premier Matteo Renzi's government has slipped by four percentage points this month, reaching 33% from December's level of 37%, according to poll data released Monday.
According to the survey by Ixè institute for the Rai3 program Agorà, Renzi's personal approval rating that reached 50% in September, has fallen sharply since then, to 37% in Monday's report. President Giorgio Napolitano won 39% of support of those surveyed while 86% of respondents said they agreed with the 89-year-old leader's choice to step down rather than wait until the official end of his term in 2020.
Enjoying a continual climb in the polls, however, is Matteo Salvini, leader of the anti-immigrant, euroskeptic and regionalist party Lega Nord, whose approval rating is up 7% since September.
Beppe Grillo, leader of the 5-Star Movement, is neck and neck with ex-premier Silvio Berlusconi, both at 14%.
A randomized sample of 1,000 adults over the age of 18 participated in the survey, which followed parameters set by the Italian statistical agency Istat for gender and geography.