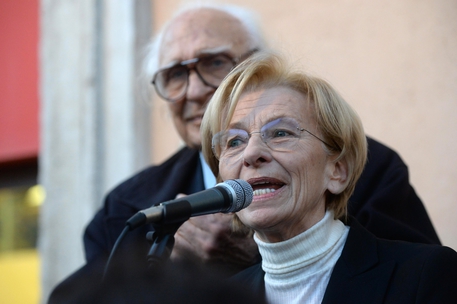 (ANSA) - Rome, January 12 - Former minister Emma Bonino said Monday she is undergoing chemotherapy to treat a lung tumor.
"It's localized and still asymptomatic but requires long-term treatment via chemotherapy, which I have already started and which will last at least six months," said Bonino, a veteran politician and a leading member of the liberal Radical Party.
Bonino, served as a European Union health commissioner in the 1990s, as trade minister under the second center-left government of Romano Prodi (2006-2008), and as foreign minister during the center-left government of Enrico Letta (2013-2014), had been tipped as a possible replacement for outgoing President Giorgio Napolitano.