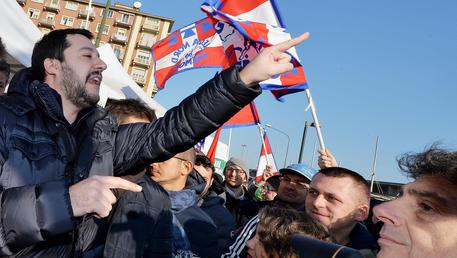 (ANSA) - Milan, January 8 - The leader of the center-right Northern League party said Thursday that Islamic fundamentalists are trying to occupy the West.
The leader of the anti-euro, anti-immigrant and separatist party made his remarks the day after a suspected Islamist commando stormed the Paris offices of Charlie Hebdo satirical weekly, gunning down 12 people including four of France's top cartoonists and two policemen.
"An attempted military and cultural occupation is underway on the part of a domineering, well-organized community, which can easily slice through the mass of butter that is the West," said Matteo Salvini, whose party has often criticized Italy's immigration policies.
"This is an outright war," Salvini told party broadcaster Radio Padania Libera.
"Responding with tolerance and do-goodism is tantamount to suicide".