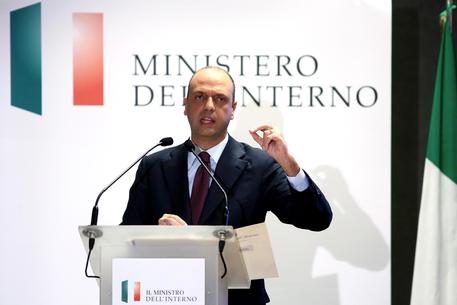 (ANSA) - Rome, January 8 - Interior Minister Angelino Alfano said Thursday that 53 foreign fighters were linked to Italy, amid alarm about Islamist terrorism after Wednesday's attack on the Paris officers of satirical weekly Charlie Hebdo in which 12 people were killed. "In Italy we have counted 53 foreign fighters," Alfano told State broadcaster RAI. "We know their identity. That does not mean that they are 53 Italians, but they have passed through Italy, on their way to, or return from, (combat zones)". He added that Premier Matteo Renzi's government was preparing measures to combat extremists.
"We have a law ready to combat the foreign fighters better," he said.
"We intend to hit those who want to combat in the theatres of war, not just on the recruiters.
"We want to have more police control on these people and work on the web, which is used by those who want to radicalise.
"We are thinking about presenting a bill in the cabinet to make it possible for police chiefs to withdraw the passports of terrorist suspects who decide to leave the country.
"An initiative for (internet) providers, which can help to find radicalizing messages on the web, will also be among the measures that I'll propose".