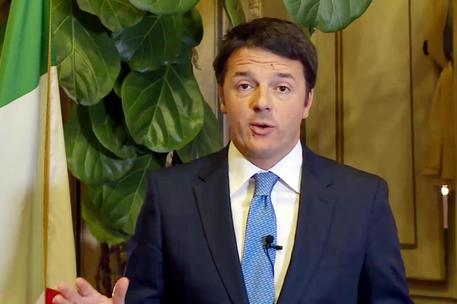 (by Stefania Fumo). (ANSA) - Rome, January 5 - Unions and opposition politicians on Monday blasted what many have dubbed a Save-Berlusconi article contained in a government tax reform measure passed by cabinet on December 24. The controversial article would depenalize tax fraud "when the sum of evaded taxes does not exceed 3% of declared taxable income". On Sunday, Premier Matteo Renzi in a surprise announcement said his tax reforms would be sent back to cabinet in light of concerns that the measure could be used to annul the August 2013 tax-fraud conviction of ex-premier Silvio Berlusconi, thus allowing him to run for office once more. A dissenting leftwing minority within Renzi's own party had harsh words for its leader on Sunday, calling the withdrawn article "preposterous" and a "dirty trick". On Monday, labor and opposition figures chimed in. "Such questionable measures must be expunged from the government agenda for good...in the name of fighting tax evasion and promoting tax equality," said CISL trade union federation chief Annamaria Furlan. "Renzi didn't know about the law that would have helped Berlusconi. Do you believe him?" tweeted Matteo Salvini, the leader of the anti-immigrant, anti-euro and separatist Northern League party. "(The premier's office) is like one of those Camorra mafia-held neighborhoods where no one knows what's going on," said Lower House MP Alessandro Battista, who is from the anti-establishment, anti-euro 5-Star Movement (M5S). M5S leader Beppe Grillo followed this up on his popular blog, calling Berlusconi "the ventriloquist" and Renzi "his dummy". "In a fully liberal democracy, someone would have resigned the day after #SaveBerlusconi," tweeted Left Ecology and Freedom (SEL) House whip, Arturo Scotto. "Instead, they're still playing hide-and-seek".
In a newspaper interview, leading PD dissenter and MP Stefano Fassina said the reforms were "chilling" and Renzi had "forced his hand" by pushing them through cabinet just before Christmas.
Renzi said in a television interview that he wanted to avoid any perception of a "backroom deal" to benefit Berlusconi, whose Forza Italia (FI) party has gotten behind the premier's electoral reform bill.