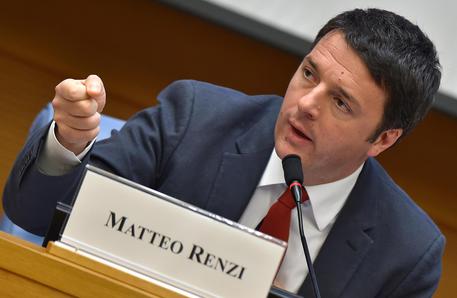 (See related) (ANSA) - Rome, January 2 - The Strike Guarantee Authority opened an inquiry Friday to determine if reports that 83% of Rome local police called in sick on New Year's Eve amounted to an unofficial strike, officials said.
The Authority said it "will not hesitate to adopt sanctions" if it finds "a causal link between the mobilisation of unions," and the overwhelming absence from duty.
Premier Matteo Renzi commented in a Twitter post that "I read of 83 police out of 100 who weren't working 'because of illness' December 31". "This is why in 2015 we will change the rules of public employment," he added.
Public Service Minister Marianna Madia for her part tweeted that her ministry's "inspectorate" had been "immediately activated to ascertain violations and solicit disciplinary actions" against the relaxed police officers.
Reform of the public sector would go forward, she pledged, "to reward the excellence that there is and punish the irresponsible".
Rome officials also said they would probe the reports.
The UIL union warned on Friday that police in Rome intended to ramp up protests and were headed for a strike.
Police and government have clashed for months over changes planned to their working condition and salaries.
Meanwhile, Renzi also tweeted a summary of government work in progress as well as such 2014 highlights as a major investment by Etihad Airways into troubled Alitalia.
"Constitution, electoral law, taxation, civil justice, civil service, culture,school, Rai, Green Act, work. We are seriously doing this, it will be a 'Good 2015'," the premier posted.
He added that "Alitalia and Etihad are flying together.
After years of failure a new story begins for a strategic sector of our economy".
The premier climaxed his tweet by writing "18 billion less" in taxes ... baby bonus, open-ended contracts ... one can do more but meanwhile for the first time in years less taxes".