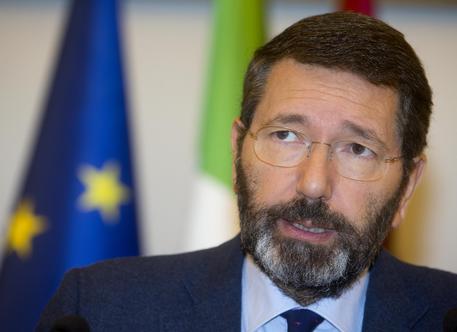 (ANSA) - Rome, December 31 - Rome Mayor Ignazio Marino on Wednesday denied a controversial plan to uproot some of the capital's historic cobblestones will involve selling them off. "Absolutely not," the mayor told Rainews24. "Pedestrian-only areas must not exist solely in the center, but also in the suburban areas," Marino went on. "So why not fix them up with the beautiful cobblestones we will take off Via Nazionale, where they are a danger to traffic?" Newly appointed Rome alderman for public works, Maurizio Pucci, said Tuesday he wants to remove some of the Eternal City's traditional cobblestones to provide smoother asphalt roads for automobiles and pedestrians.
The announcement caused an uproar after some sources implied the cobblestones would be sold off to the highest bidder.
Viviana Di Capua, president of the Association of Historic Centre Inhabitants (Aacs), was cautious on the proposal.
"The cobblestones have always been a trademark identifying the city, but in recent years they haven't been maintained as they should," she said.