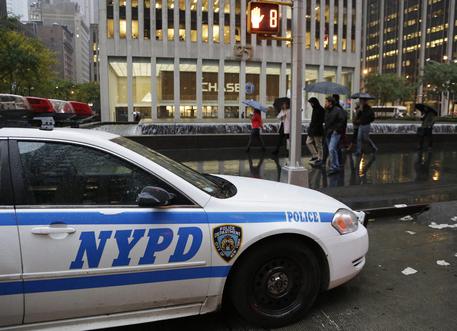 (ANSA) - Washington, December 22 - Former mayor of New York Rudolfo Giuliani said current mayor Bill de Blasio must change his attitude toward the police but cannot be held responsible for the murder of two agents at the weekend.
Accusing the mayor of having his hands covered in blood is "an excessive reaction," said Giuliani, "it is not fair to accuse him" over the officers who were shot and killed in their patrol car by a man who posted anti-police messages to his social media account.
Giuliani said that many mayors lost police officers during their terms of office and it was wrong of police to turn their backs on the mayor in a mark of disrespect. He said his thoughts go to De Blasio and the New York police chief Bratton.
However Giuliani criticised De Blasio for his handling of massive protests against police brutality following the chokehold death of a black man strangled in police custody.
Giuliani said the killings of the police were "horrible" but might change attitudes.
On the other hand, Giuliani blasted President Barack Obama.
"We've had four months of propaganda starting with the president that everybody should hate the police," Giuliani said.
"The protests are being embraced, the protests are being encouraged. The protests, even the ones that don't lead to violence, a lot of them lead to violence, all of them lead to a conclusion: The police are bad, the police are racist. That is completely wrong."