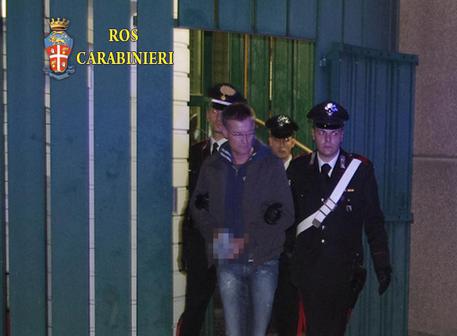 (see related)(ANSA) - Rome, December 10 - Wiretaps show ex right-wing terrorist and gangster Massimo Carminati did not look forward to the appointment of Giuseppe Pigatone as Rome chief prosecutor, sources said Wednesday.
"He won't play," the jailed suspect in a Rome mafia probe said in a January 2012 wiretap. "He'll turn Rome on its head...he did it Calabria...he won't let politics swallow him up".
Pignatone has placed over 100 people under investigation in the probe into an alleged Rome crime syndicate, including former center-right mayor Gianni Alemanno. The organisation allegedly run by Carminati, allegedly rigged Rome city contracts worth many millions of euros in sectors ranging from waste disposal to transportation to the management of migrant reception centres and Roma camps.
Also on Wednesday, sources at city hall said rotation of civil service managers could begin within the next 36 hours.
Center-left Mayor Ignazio Marino last weekend announced the measure designed to keep city agencies running and corruption-free while the mafia probe runs its course.
Marino, a member of the centre-left Democratic Party (PD) of Premier Matteo Renzi, has not been implicated.
The mayor's staff is at work on a set of rules for how to rotate the agency executives, and will meet with unions shortly, the sources said. As well, prosecutors are investigating the December 5 theft of a computer after a late-night break-in into Rome's parks services and civil protection offices.
Police sources said the theft could be linked to the ongoing mafia probe. The security cameras on both buildings had been down for several days, investigative sources told ANSA.