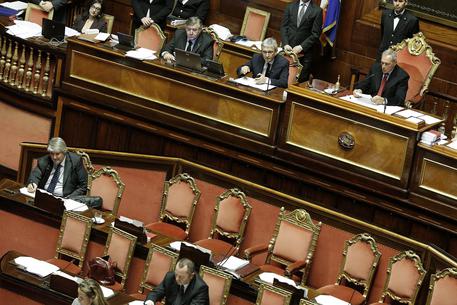 (ANSA) - Rome, December 10 - Servicing Italy's massive public debt, which currently stands at over two trillion euros, ate up almost 40% of public spending in the 2008-2014 period, according to a Senate report released Wednesday. The report said interest and payments on maturing bonds went from 276 billion euros in 2008 to 328 billion this year, an average of 308 billion a year. The report, based on data provided by the economy ministry, said debt servicing accounted for 19% of GDP.