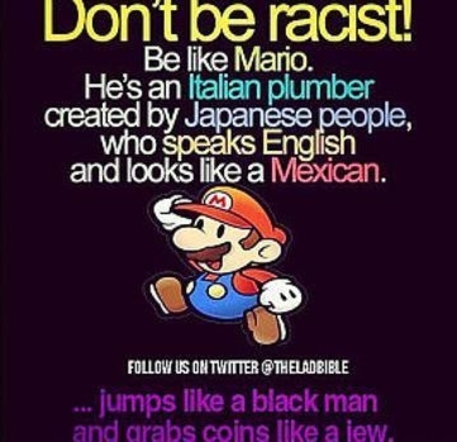 (ANSA) - Rome, December 2 - Liverpool striker Mario Balotelli could face a Football Association (FA) investigation despite apologising on Tuesday for a post on his Instagram page that sparked a racism storm. On Monday, the 24-year-old posted an image of the Super Mario computer game character with a caption that read: "Don't be racist. Be like Mario. He's an Italian plumber, created by Japanese people, who speaks English and looks like a Mexican...
jumps like a black man and grabs coins like a Jew".
The talented, temperamental player, whose career has been dogged by episodes of indiscipline and several bizarre off-field incidents, deleted the post and said sorry.
"I apologize if I've offended anyone," Balotelli said via Twitter. "The post was meant to be anti-racist with humour. I now understand that out of context it may have the opposite effect.
"Not all Mexicans have moustache, not all black people jump high and not all Jewish people love money. "I used a cartoon done by someone else because it had Super Mario and I thought it was funny and not offensive. Again, I'm sorry".
British media reported that Balotelli has been asked by the FA for his observations regarding the post.
The FA is reportedly considering charging Balotelli with bringing the game into disrepute.
The forward, who has notched 13 goals in 33 appearances for Italy, has yet to score in the Premier League after joining Liverpool from AC Milan in the close season.
He is out of action at the moment with a hamstring injury.