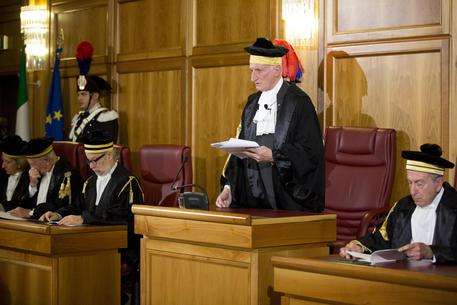 (ANSA) - Rome, November 28 - Italy's 8x1,000 personal income tax devolution to organized religions "should be renegotiated", the Audit Court said Friday.
The scheme, which went into effect in 1986 following an agreement between the Italian State and the Catholic Church, syphons at least one billion euros a year from the national tax take while disrespecting "principles of proportionality, freedom of choice and equality", the court said.
Under the scheme, taxpayers can choose to devolve 0.8% (eight per thousand) from their annual income tax return to an organised religion recognised by Italy or, alternatively, to a social assistance scheme run by the State.
Taxpayers are not required to declare a recipient. In that case, the amount is distributed among the usual beneficiaries in proportion to what they have already received from explicit declarations.
In its resolution published Friday, the Audit Court argued that "the beneficiaries receive more from the undecided quota than the decided one".
Taxpayers are not adequately informed as to where their taxes will end up if they don't pick a recipient, in spite of the fact that the majority declines to do so - between 1990 and 2007, reportedly only 42.73% of taxpayers, on average, expressed a choice. The court also objected because , under the scheme, organized religions receive "enormous amounts that are unheard of in the rest of Europe".
"The total is well over one billion euros a year, and at a time of severe public spending cuts, this is the only item that keeps increasing," the court explained.
Not only that, but the State is not being transparent in its management of the 8x1000 funds because it fails to make public how they are distributed and to what purpose, the Audit Court added.
As well, the 8x1000 scheme fails to distribute equally because many faiths are excluded from the list of beneficiaries.
As of 2013, that list included the Catholic Church, various Protestant denominations, the Greek Orthodox Church, Buddhists, Hindus, and the Union of Italian Jewish Communities. Jehovah's Witnesses and Mormons reportedly have also signed agreements with the State that are in various stages of parliamentary approval.
In addition, taxpayers can choose to devolve 0.5% or five per thousand of their annual personal income tax to a charity or NGO of their choice.