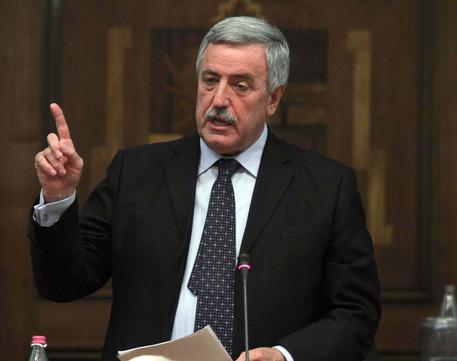 (ANSA) - Milan, November 28 - Milan Province President Guido Podestà was sentenced Friday to two years and nine months in prison for rigging the 2010 regional elections in Lombardy in favor of the now-defunct People of Freedom (PdL) party of center-right ex-premier Silvio Berlusconi.
Podestà and four provincial councilors who are co-defendants in the case were found guilty of padding a petition with 926 false signatures to put centre-right incumbent governor Roberto Formigoni and his PdL allies on the regional ballot. Formigoni, a PdL member from 2009-2013, was the governor of Lombardy from 1995 to 2013 and has now joined the New Center Right (NCD) party of Interior Minister Angelino Alfano. "This trial has been a paradigm for the superficiality of the prosecution's search for truth," said Podestà, who is now an executive member of Berlusconi's Forza Italia (FI) party.
Prosecutors had requested a sentence of five years and eight months for Podestà and terms ranging from four years to four years and eight months for his co-defendants. Civil plaintiffs sought one million euros in damages for causing a "severe wound to democracy" by "secretly taking away freedom of choice" in political representation.