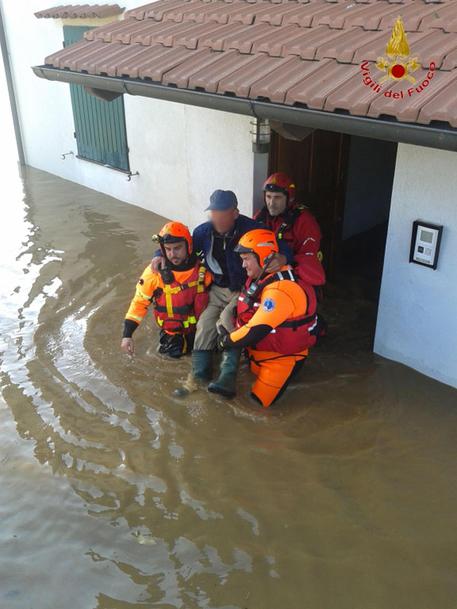 (ANSA) - Turin, November 28 - Damage from widespread flooding in recent weeks has cost Italy's northern Piedmont region 290 million euros, according to a report Friday.
The 90-page report accompanied the region's request to the National Civil Protection Service for a declaration of a state of emergency due to natural disaster, following heavy rains and flooding between October 12-14 and again on November 14-15.
Those storms affected more than 250 towns in northwestern Italy.
Inclement weather came back this week to pummel regions across Italy.
In Liguria, the neighboring coastal region just south of Piedmont, torrential rains which began on Thursday ended on Friday morning without incident. Authorities there called a Level 2 weather alert that closed schools, public parks, and cemeteries in the region where torrential rainfall and mudslides two weeks ago caused an estimated 30 million euros in damages to agriculture alone.
Meanwhile, further south in the region of Lazio, firefighters on Thursday rescued 50 people in Santa Marinella, a seaside town outside of Rome, and train services on the FL5 rail line were suspended due to flooding on the tracks between Santa Marinella and the town of Santa Severa.
In Santa Marinella, people became trapped in their cars or took refuge on the roofs of their homes after torrential rainfall caused two creeks to burst their banks, flooding the streets with a meter of water.
Just north of Lazio in the region of Tuscany, firefighters rescued eight people who became trapped on farms on Thursday after the Alma torrent burst its banks near the village of Pian D'Alma.