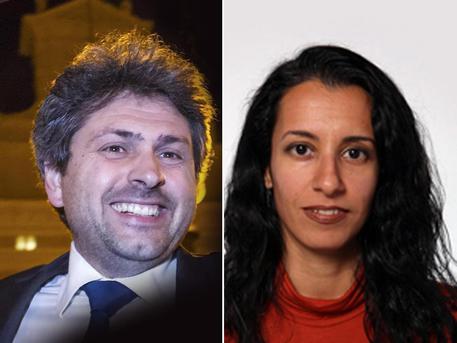 (ANSA) - Rome, November 27 - The anti-establishment 5-Star Movement (M5S) on Thursday launched procedures to expel two Lower House MPs for allegedly violating party rules concerning the return of the excess of their parliamentary stipend. M5S members are asked to vote for or against the expulsion of Massimo Artini and Paola Pinna on the blog of the movement's firebrand leader Beppe Grillo. The blog is Grillo's key communication tool.
However, Pinna lashed out at the move, saying that the charges against her were "false". "Not to mention what is a full-blown suspension of the rule of law," Pinna wrote on her Facebook page.
"The survey on expulsion violates the rules because it does not go through the assembly, because it gives false information and because there is only one account," she said.
"It is not true that I kept the money, but I paid the set amount into a guarantee fund for small and medium enterprises and (the Catholic relief agency) Caritas," she concluded. M5S MP Patrizia Terzoni and Parma Mayor Federico Pizzarotti - himself threatened with expulsion from the party earlier this year - came out in her defence but M5S Senator Vito Petrocelli was less understanding.
"There are still many 'casual tourists' among M5S elected representatives and so-called activists," he wrote in a message on his Twitter account.
"The door is there, ready", M5S has always been strongly critical of the high salaries received by Italian MPs and made the pledge to cap its own representatives' wages part of its 2013 election manifesto.