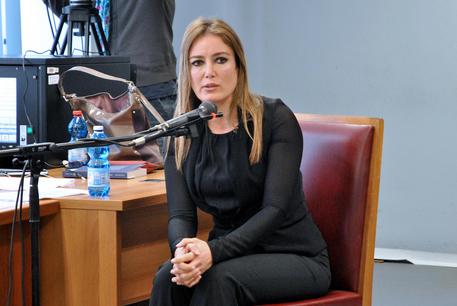 (ANSA) - Bari, November 27 - Escort Patrizia D'Addario testified Thursday that businessman Giampaolo Tarantini told her she would "have to have sex" with then-premier Silvio Berlusconi if she wanted to be introduced to him.
D'Addario, 47, is a witness for the prosecution in a case against Tarantini and six others - including showgirl Sabina Beganovic, known as the "queen bee" for her role in organizing so-called bunga bunga sex parties at Berlusconi's homes - on charges of criminal association and running an escort ring.
They stand accused of supplying a total of 26 women, including working girls, to the former premier in 2008 and 2009.
D'Addario said she met twice with the premier in his Rome residence at the request of Tarantini, but the first time declined to sleep with the elderly tycoon despite "pressure from Giampaolo and the premier".
When she refused, Tarantini halved her compensation for the night, D'Addario said.
She went on to testify that she had sex with Berlusconi on the night of November 4, 2008, when the then-premier allegedly promised to intervene "to resolve a real estate issue of mine".
But Berlusconi did not keep his promise, D'Addario said.
A high-profile escort, D'Addario participated in a few of the bunga bunga parties at Berlusconi's villas and made national headlines when she went public with her story.