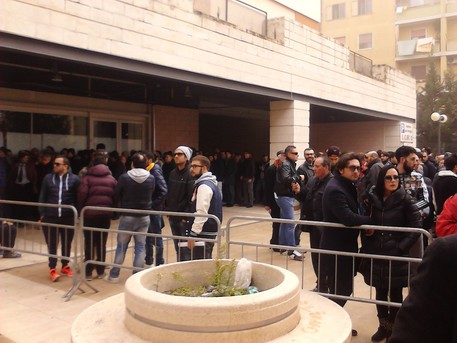 (ANSA) - Matera, November 26 - More than 2,000 people queued outside a shopping mall in the picturesque southern town of Matera Wednesday, hoping to be cast as extras in the remake of blockbuster 1959 film Ben Hur.
Only 1,000 extras were to be chosen to play Roman soldiers in the new film, starring Morgan Freeman and Jack Huston. The search will continue until the end of the week, with producers also looking for child actors for the film that will see Matera stand in for Jerusalem.
Filming is set to begin in February against the iconic backdrop Matera, well known for the ancient cave dwellings known as Sassi in the city's historical centre.
The Sassi have been named a UNESCO World Heritage Site and have become famous as the setting for films including 1964's The Gospel According to St Matthew by Pier Paolo Pasolini, and Mel Gibson's 2004 The Passion of the Christ.