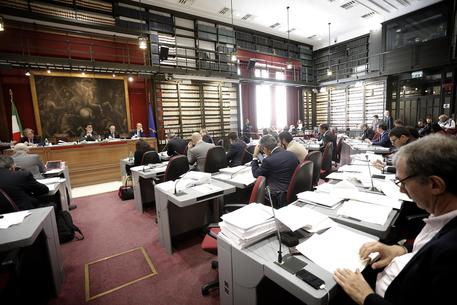 (ANSA) - Rome, November 26 - The House budget committee on Wednesday approved an amendment to the government's 2015 budget bill capping so-called golden or high-end pensions as of January 1 next year. Italy reportedly shells out approximately 3.3 billion euros a year to some 33,000 recipients of golden pensions, which can amount to upwards of 90,000 euros a year or 7,500 euros a month gross. In contrast, as many as 6.8 million pensioners have to survive on pre-tax pensions of less than 1,000 euro a month, of which two million live on less than 500 euro monthly, Italy's INPS pension agency disclosed in July this year.