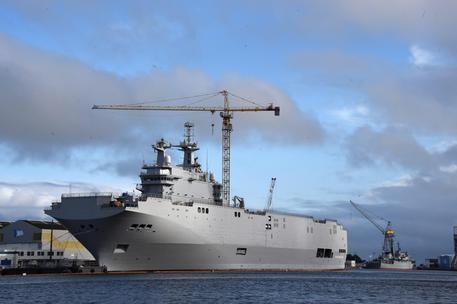 (ANSA) - Paris, November 25 - France announced it was suspending "until further notice" the delivery of two warships to Russia because Moscow has not fulfilled the necessary conditions to receive the vessels, President Francois Hollande's office said on Tuesday. The handover of the Mistral warship was delayed after Russia annexed Crimea last March and lent support to pro-Russian separatists fighting government troops in eastern Ukraine.
The French statement, which follows months of speculation about the contract, with Paris reportedly coming under intense pressure from NATO allies to scrap the 1.2 billion euro deal, says that given the current situation in Ukraine, the delivery the Russian commissioned ships can not go ahead.