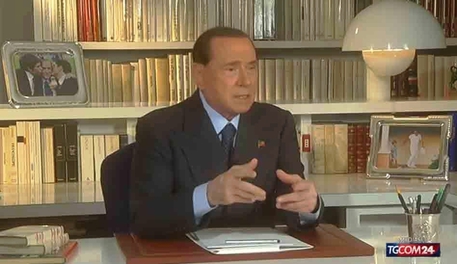 (ANSA) - Rome, November 25 - Ex premier Silvio Berlusconi said Tuesday he could be a "director" behind Northern League chief Matteo Salvini, whose party raked in an unexpectedly high number of vote in regional elections Sunday. "He's got a very straightforward way of talking but he needs a strong midfield at his back," Berlusconi said of Salvini, whose party was an erstwhile majority coalition ally under previous Berlusconi administrations.
"I have no political ambitions...but I can be the director behind Salvini," said Berlusconi, whose leadership of his Forza Italia (FI) party is being questioned by his former confidant Raffaele Fitto and other FI officials after the party's poor showing in Sunday's regional vote.
"I am always glad of votes that go to the League," the media mogul continued, speaking at a book launch in Rome. "Now it has this goleador Salvini, I think he'd like to be Milan vice president".
"Being the striker isn't the same as being team captain," Berlusconi said.