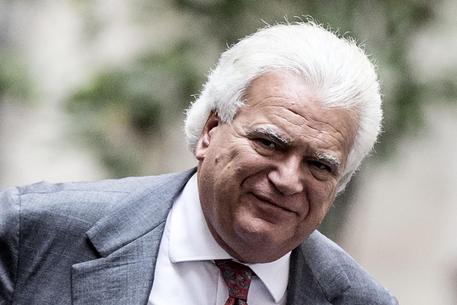 (ANSA) - Florence, November 25 - Forza Italia (FI) Senator Denis Verdini, a top aide of ex-premier Silvio Berlusconi, was among several people to receive end-of-investigation notices on Tuesday in relation to a probe into fraudulent bankruptcy stemming from the failure of a Tuscan publishing company earlier this year.
Verdini was placed under investigation as major shareholder and de facto manager of Società Toscana di Edizioni (STE), publisher of the Giornale della Toscana until it was declared bankrupt in February 2014.
Other suspects include FI Tuscan regional coordinator Massimo Parisi, an MP, and other former STE executives. The suspects face possible charges of "acts of misappropriation" of resources allegedly leading to the bankruptcy of STE, among other things.
This is not Verdini's first brush with justice this year.
In July, the FI coordinator was sent to trial in connection with the administration of the Credito Cooperativo Fiorentino (CCF) bank of which he was chairman until 2010.
In that case, Verdini must answer to charges of criminal association, fraudulent bankruptcy and embezzlement in relation to loans worth around 100 million euros allegedly granted to "people close" to him without following the necessary procedures.
In September, Verdini was indicted for alleged wrongdoing in the sale of a property in central Rome.
And earlier this month he was sent to trial for alleged involvement in a secret cabal, the so-called P3, that allegedly sought to condition some State bodies, and for alleged corruption in contracts for the construction of a military academy in Florence, as the result of two separate probes.