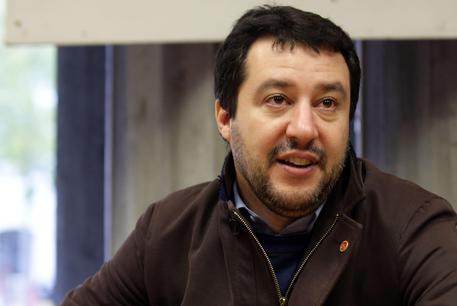 (ANSA) - Rome, November 24 - Premier Matteo Renzi said Monday that he was undaunted by the growing popularity of the separatist Northern League under new leader Matteo Salvini.
The League was the only centre-right party to perform well in Sunday's regional elections, claiming over 20% of the vote in Emilia-Romagna, more than twice as much as ex-premier Silvio Berlusconi's Forza Italia (FI). "If they are coming, we'll wait for them," Renzi, whose centre-left Democratic Party's candidates won the governorship contests in Emilia-Romagna and Calabria, told RAI radio Monday when asked about the rise of the League. "While the centre-right discusses its plight, we are changing Italy. "After 20 years of failures, including those of the League, we are working for the country and you'll see whose stronger at the elections". Earlier on Monday, Salvini, who became head of the League almost a year ago, said Monday that the Renzi "balloon is deflating" while the League was "flying".