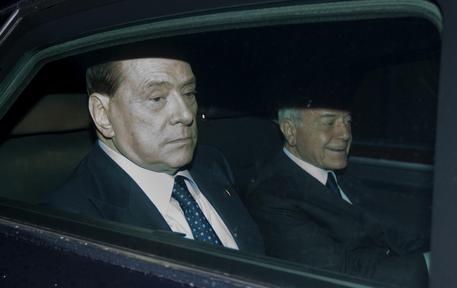 (ANSA) - Rome, November 21 - Silvio Berlusconi said Friday that he must support Premier Matteo Renzi's institutional reforms to be consistent, as the measures reflect ideas he has long supported.
Berlusconi, who worked with Renzi to create an election law bill and revamp the country's political machinery, stripping the Senate of most of its power for a leaner parliament, is "something that we have always believed in".
Berlusconi, the leader of the opposition centre-right Forza Italia (FI) party, said during a telephone call-in show that the new election act "is one of our old battles", to create a government led by a solid majority.
A major criticism of the current election law is that it leads to fragmented results making it difficult for any one party to lead.
Renzi's government has embarked on an ambitious reform agenda since taking office in February.
There has been speculation Renzi might want to capitalize on his current popularity in the polls and call snap elections.
But a statement released after Renzi and Berlusconi met last week said that the leaders had agreed there should be no new elections before the end of the current parliamentary term in 2018.