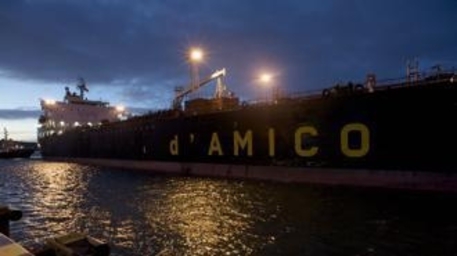 (ANSA) - Genoa, November 20 - Italy's ambassador to Japan, Domenico Giorgi, on Thursday awarded the order of Commander of the Order of the Star to Mitsubishi Group President and CEO Ken Kobayashi at a ceremony attended by executives from d'Amico Group international shippers.
The latter firm has a long-standing business relationship with Mitsubishi and supported the Japanese giant's candidacy for the Order of the Star, an award established in the Second World Far for Italians abroad and foreigners who worked toward the reconstruction of Italy.
Today the medal is awarded in recognition of an outstanding role in promoting relations of friendship and collaboration with Italy.
Mitsubishi for many years has forged a solid partnership with d'Amico, which it uses to transport refined products as well as metals and raw materials both to Italy and around the world.
The two firms share views on sustainability. D'Amico, which has been present in southeast Asia for 14 years, uses the latest generation eco-vessels, cutting CO2 emissions by up to 25% and significantly reducing fuel consumption.
The Italian shipper is very socially active in Japan, organizing events and raising funds for charity such as aid to the flood-stricken people of Fukushima in 2011.