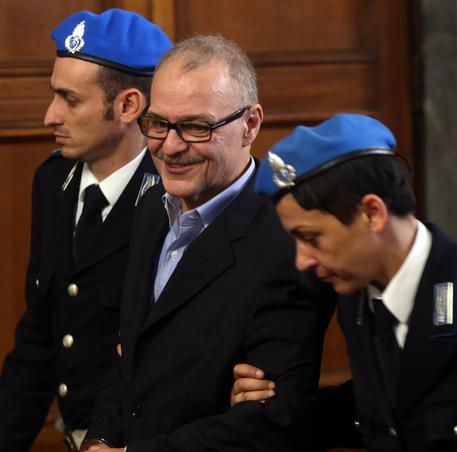 (ANSA) - Milan, November 14 - Former Milanese underworld kingpin Renato Vallanzasca was sentenced on Friday to 10 months in jail for the petty theft of two pairs of boxer shorts and other small items totaling 66 euros in a supermarket last June.
At the time, Vallanzasca was on a work release program that allowed him to leave prison for work each day and return in the evening, a privilege which was revoked following his arrest for the supermarket theft.
The 63-year-old Vallanzasca is one of Italy's most notorious gangsters, making headlines in the 1970s for his multiple jail breaks, prison riots, and life as a fugitive.
At the time of the supermarket theft, Vallanzasca was already serving four life prison terms consecutively for racketeering and murder.
In recent days, Vallanzasca said he believes he was framed for the theft because of statements he gave to prosecutors in an investigation taking place in the town of Forlì. The Forlì prosecutor refutes this charge, citing that the investigation Vallanzasca is referring to "began two months after this [theft]".
The former gangster had also previously claimed that he had been "stitched up" by authorities, because at the time of the theft he was coming up on the possibility of release for good behavior.