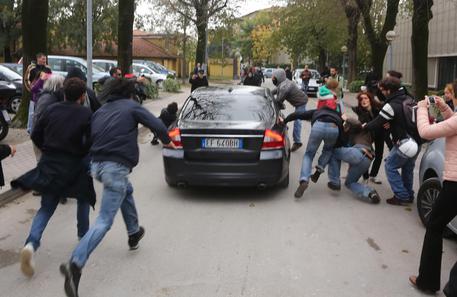 (ANSA) - Bologna, November 13 - Italy's DIGOS anti-terrorism police on Thursday cited ten members of a student collective called Hobo in connection with an attack on the leader of the separatist, anti-immigrant and xenophobic Northern League party during a controversial visit to a Roma camp on Saturday.
The suspects were cited for blocking Matteo Salvini's car as it tried to drive through the camp, and three of them were cited for damages to the car itself after its windows were smashed. DIGOS police also identified and cited three student anarchists in relation to the beating of Resto del Carlino newspaper reporter Enrico Barbetti, who was covering the visit.