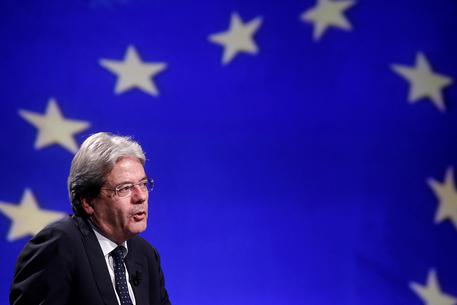 (ANSA) - Berlin, November 13 - Italian Premier Matteo Renzi has made a major contribution to the EU by leading his centre-left Democratic Party (PD) to victory in May's European elections in Italy in the face of an anti-European climate, Foreign Minister Paolo Gentiloni said Thursday.
The end of the third Silvio Berlusconi government in 2011 meant the departure of "political forces that could not take Italy out of the crisis and who viewed Europe as a problem," the new foreign minister told the German newspaper Frankfurter Allgemeine Zeitung in an interview.
"This attitude is very common and must be overcome. The most important contribution given by premier Renzi so far is of having won at the European elections against the anti-European climate".
Speaking separately during a visit to Berlin, Gentiloni said that "there are countries like Germany that have made great reforms more than 10 years ago and today are in a relatively better situation.
But he also stressed the effects of the economic crisis are now "common" and not just limited to countries like Italy that were embroiled in the eurozone debt crisis.
"We are seeing widespread awareness in European countries about the fact that there is not this or that individual problem, but an overall European problem," he added on the fringes of a bilateral meeting with German counterpart Frank-Walter Steinmeler.
Gentiloni hailed the release of an Italian hostage in Libya.
"My day began very early with the good news about the person who was kidnapped in Libya," he said.
On immigration Gentiloni said that "in the handover from Mare Nostrum to Triton the name changes but not the address - and our commitment in fact is multiplied".
"With a shared division of efforts and of repercussions".
"The humanitarian approach is the same," in the EU Triton mission as in the Italian Navy's Mare Nostrum deployment to save immigrants trying to reach Italy by sea, Gentiloni said.
"The obligation of rescue remains and it must do".