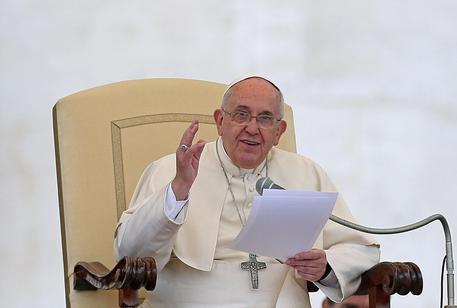 (ANSA) - Vatican City, November 13 - Pope Francis has ordered a bathroom with three showers be made available for homeless people sleeping rough near St. Peter's Square, a senior Vatican official said Thursday.
"We are not doing anything extraordinary because bathrooms and showers are the ABC of a community," said Monsignor Konrad Krajewski, the Almoner of the pope responsible for charitable acts ordered personally by the Roman Catholic pontiff.
"In Rome all the public restrooms have been shut down and it would suffice to close your bathroom at home for two days to understand what it means to not be able to wash," the Polish prelate said.
"I say this also to (Rome) Mayor Ignazio Marino, who is a doctor - where should these people go to relieve themselves?" "This is just helping in an intelligent way, when I speak to politicians they speak of so many things but they don't touch on the real questions and meanwhile so much money is thrown away," the monsignor said.