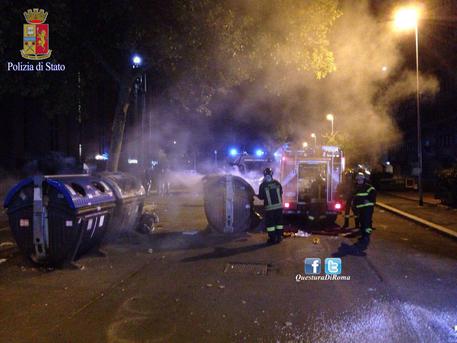 (ANSA) - Rome, November 13 - Rome city authorities on Thursday started transferring refugees from a migrant centre on the outskirts of Rome that has been at the centre of repeated violence since Monday.
Earlier in the day residents of the Tor Sapienza area threw bottles and stones at the centre, which mostly hosts minors.
The refugees responded by throwing objects from the windows, reports said. The latest violence was reportedly triggered by a bar's refusal to allow a group of migrants to enter.
"Don't come in here, this place is not for you," they were allegedly told. The Catholic S. Egidio Community, which works closely with migrants, responded by calling for an end to "the culture of violence" and urged Rome to maintain its open character "against every form of racism".
However Senator Maurizio Gasparri of the opposition Forza Italia party blamed the government's now defunct migrant sea search and rescue programme Mare Nostrum for "dumping hundreds and hundreds of immigrants on our coasts and in our cities, clogging reception centres and making the situation unmanageable".