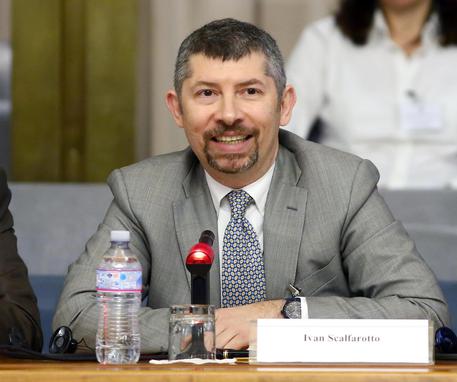 (ANSA) - Milan, November 13 - The Milan Catholic diocese on Thursday apologized for a letter asking religion teachers to report back on any schools with gay- or gender-related programs.
"The letter sent Saturday November 8...is formulated in an inappropriate way and we are sorry about that," wrote Father Gian Battista Rota after teachers turned the letter over to the press.
An openly gay undersecretary in the cabinet of Premier Matteo Renzi earlier called the letter "inopportune". "One could euphemistically call the letter inopportune, and it was probably the fruit of an excess of zeal and a lack of forethought," said Reform Ministry Undersecretary Ivan Scalfarotto, a long-time promoter of LGBT rights.
The letter by Rota, prelate in charge of education, was made public when some teachers turned it over to La Repubblica newspaper.
The Milan diocese later confirmed the letter, while withdrawing it from its own site. "Religion teachers play an important role in a public school system that is and must remain secular," Scalfarotto said.
"Turning them...into some kind of secret agent or snitch damages their dignity and harms a Church that so many - believers and non-believers - would like to see be welcoming and inclusive," the undersecretary concluded. Also on Thursday, Italian Episcopal Conference (CEI) chief Cardinal Angelo Bagnasco appeared to distance himself from the incident. "It seems extremely improbable and strange that a census of this kind could be carried out in schools," he said.