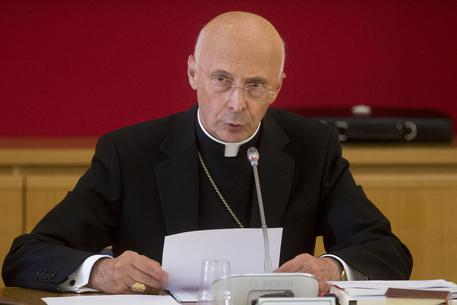 (ANSA) - Assisi, November 13 - Italian Episcopal Conference (CEI) chief Cardinal Angelo Bagnasco said Thursday that authorities must work to keep the country's industrial "jewels".
"When I think of industrial areas like those in Terni, Genoa and Taranto, I think...selling to restructure is not what's needed, fresh capital is," Bagnasco told a press conference at the end of an assembly of bishops.
"Manna doesn't only come from outside Italy," he said.
"It is also here, and it needs to be put into circulation," he continued, adding he hoped "many Italians might intervene in this respect". ThyssenKrupp's Acciai Speciali Terni (AST) stainless steel plant in the Umbrian town of Terni has been at the centre of a high-profile labour dispute in recent months following its announcement that it planned to divest 100 million euros and cut up to 550 jobs. The government of Premier Matteo Renzi is currently mediating with the AST parent company to reduce the layoffs and invest in the Terni plant instead of shutting one of its furnaces down as previously planned. ILVA steelworks in the southern port city of Taranto is also struggling amid serious longstanding health and environmental concerns.