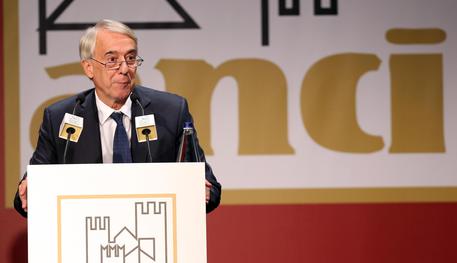 (by Claudio Salvalaggio) (ANSA) - Moscow, November 12 - Three days in the Russian capital yielded numerous opportunities for the delegation led by Milan mayor Giuliano Pisapia and the Italian embassy to strengthen relations between the two cities and to promote Expo 2015.
A three-year, wide-ranging cooperation agreement between Milan's Bicocca University and Russia's International Tourism Academy, an agreement between the hospitality management institute Carlo Porta and Moscow's State Institute for the Tourism Industry as well as a series of meeting between dozens of Russian and Milan businesses to result in partnerships and investments were the most concrete results. Over 200,000 Russians are expected to attend Milan Expo 2015, Pisapia told the Italian media on Tuesday. Russia will have a prominent role not only as a large agricultural nation - the theme of the Expo is 'Feeding the Planet, Energy for Life' - but also on account of its 50-million-euro pavilion, one of the 10 largest. It is expected to be inaugurated in March. Pisapia said that he was not worried about a few problems that the Expo had, nor about ongoing corruption investigations, noting that ''if the Mafia has tried to infiltrate it'', then ''it has been defeated''.
The Milan mayor expressed satisfaction with the visit to Moscow and the three-year cooperation agreement signed on Tuesday with Moscow Mayor Sergey Sobyanin. The agreement covers several different sectors including trade, promotional activities, protection of monuments and museums, tourism, social services, sport, urban development, education and advanced training. Pisapia noted that ''there are many opportunities to cooperate at the institutional and entrepreneurial levels. The Milan town council can offer its wealth of experience in sustainable mobility, car-sharing and recycling, which we are ranked top in Europe for''.
He added that there are a great deal of opportunities ''also for private enterprises, in a capital with an enviable budget to invest in an extension of the underground, new stadiums, shopping centers and districts.'' This is why the delegation included numerous Italian companies - such as Mapei, Salini Impregilo, Sistema Moda Italia and Giugiaro Architettura - that spoke to some 100 Russian companies thanks to the Italian-Russian chamber of commerce and the Russian business owners association. The Milan mayor also got Moscow involved in the over 30 cities that have joined the Urban Food Policy Pact, a global accord for the right to safe food that will be signed at the end of the Expo.
The ''diplomacy of the city'', he said, ''does not replace national or European diplomacy but helps to maintain dialogue with Russia during a tense period''. Pisapia also brought to Moscow a taste of Milan, including an info point in the TSUM department store, young Accademia della Scala performers (who got onto the Bolshoi stage with their Russia counterparts), the photographic exhibition 'Milan: City of the Expo 2015', a friendly hockey match between Moscow's Dynamo team and Milan's Rossoblu, as well as a fashion show with 60 creations by young Italian and Russian designers from Milan's five fashion design schools: AFOL, IED, Secolo and NABA, of the Istituto Marconi and the Domus Academy.