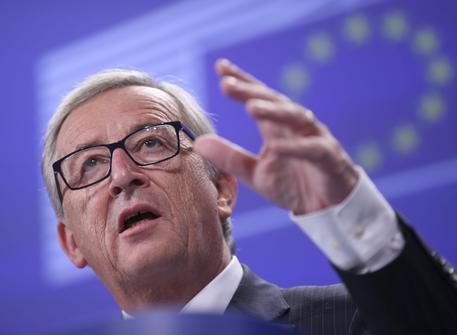 (ANSA) - Rome, November 11 - The European Commission on Tuesday said the Italian government has been making a significant effort on reforms but the outcome of its planned changes is still uncertain.
In a report on Italy's efforts to fix its macroeconomic imbalances, the EC praised the government's ongoing structural reforms and spending review processes which are aimed at making significant changes to the economy in hopes of boosting growth while improving future prospects. However, "progress is uneven", with many measures "still waiting for full approval or enabling decrees and therefore the results remain uncertain," the Commission added in its report.
There were also "significant uncertainties" about the government's review of public spending, added the Commission, which has been examining Italian efforts to fix macroeconomic imbalances.
Failure to do so could lead the EC to enact 'macroeconomic imbalance' procedures against Italy, the European Union's third-largest economy. The progress that Italy makes in the next few months on structural reforms will be "crucial" to the commission's assessment of whether Rome is addressing the country's macroeconomic imbalances, it said. The government of Premier Matteo Renzi has introduced measures to reform Italy's labour laws, has promised justice reforms and is pushing for changes to the country's election laws.
All of the measures are aimed at getting the economy unstuck from years of economic stagnation that have led to high overall unemployment and soaring levels of youth joblessness.
At the same time, the rate of inflation remains around zero suggesting that the stagnation may remain a feature of the Italian economy, cutting off future prospects unless drastic measures are taken.
Renzi's 2015 budget bill is moving through parliament with measures designed to boost growth, but he has complained that stimulative steps such as major infrastructure projects are difficult to implement without running afoul of European Union limits on debt and deficit measures.
His current budget bill is now being reviewed by the EC, and recently Renzi and his cabinet were forced to take about 4.5 billion euros in unexpected measures to cut its structural budget deficit by 0.3% of GDP in 2015 to satisfy the EC.
Tuesday's report said the government must guard against "institutional bottlenecks" and "barriers" that may arise to slow implementation of reforms, said the report.
Yet reform is essential to deal with the country's massive public debt of more than two trillion euros that weighs down economic growth, it added.
"The very high debt is a big weight on the Italian economy, a source of vulnerability in the current situation of inflation and low growth," the report said.
"It is a brake on growth due to the high taxes needed to service it".
Delays in Italy's plans to sell off stakes in State assets are not helpful, the report said.