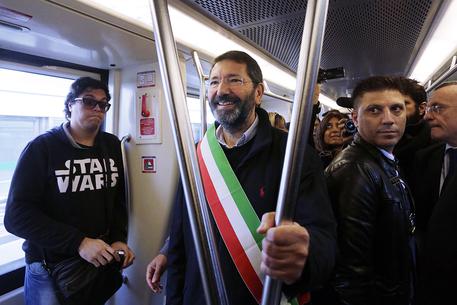 (ANSA) - Rome, November 11 - The New Center Right (NCD) party in the Rome city council said Tuesday the party it will file a no-confidence motion in Mayor Ignazio Marino after the center-left politician alleged someone doctored his computer data to make it look as though he hadn't paid traffic fines.
"We will present our no-confidence motion Thursday," NCD whip Roberto Cantiani said.
Rome prosecutors opened an investigation Monday after Marino charged someone "manipulated and falsified" his data in the city's computerized list of permits to drive in the city center.
Eight 80-euro fines were slapped on Marino's car after he allegedly forgot to renew the permit.
But the mayor says someone deleted from the system his authorization to drive his red Fiat Panda to work while his permit was being renewed.
The incident came to light after opposition New Centre Right (NCD) Senator Andrea Augelio accused authorities of "freezing" the fines as a favor to the center-left mayor, who has incensed many by extending pedestrian zones in Rome's historic center. The city replied that it is normal practice for such fines to be suspended pending a self-defense motion by the citizen who got fined.