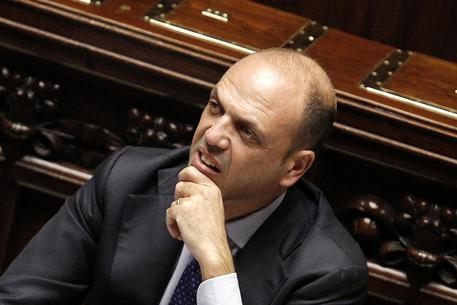 (see related story) (ANSA) - Rome, November 11 - Interior Minister Angelino Alfano said Tuesday that he was ready to patch things up with his former mentor, Silvio Berlusconi. Alfano used to be Berlusconi's heir apparent to lead the centre right. But he split from Berlusconi's party last year and formed a new group, the New Centre Right (NCD), after scuppering Berlusconi's attempt to bring down ex-premier Enrico Letta's coalition government. The NCD supports the executive of Premier Matteo Renzi, who replaced his centre-left Democratic Party (PD) colleague Letta in February, while Berlusconi's Forza Italia is in the opposition. Alfano said a reconciliation would be dependant on Berlusconi not abusing the so-called Nazareno pact he has with Renzi for a new election law against small parties.
"If Berlusconi does not use the Nazareno pact as an blunt weapon against the allies, but has vision, wisdom, long-sightedness and lack of rancour, we are ready to rebuild the centre right," Alfano said.