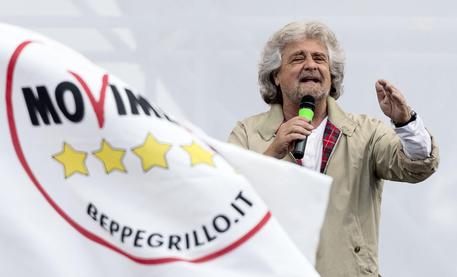 (ANSA) - Rome, November 10 - Prosecutors ahve opened a probe into the so-called Nazareno pact between Premier Matteo Renzi and ex premier Silvio Berlusconi after a report by an MP from the anti-establishment 5-Star Movement (M5S) of Beppe Grillo. MP Andrea Colletti wants to know whether the pact "illicitly steered reforms and decided who should be the next president of the republic".
The pact, which Democratic Party (PD) leader Renzi reached with Berlusconi in January, a month before be became premier, is for a new election law and an overhaul of Italy's costly, slow-moving political machinery. "I have deposited a petition at the Rome prosecutors' office to establish the existence and contents of the Nazareno pact," said Colletti. Renzi and three-time premier Berlusconi have repeatedly dismissed speculation that the pact contains an agreement on who will replace President Giorgio Napolitano.