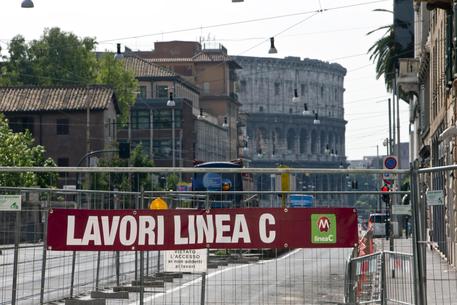 (ANSA) - Rome, November 7 - The first stretch of Rome's long-awaited third underground railway line, Metro C, will be inaugurated Sunday morning when Mayor Ignazio Marino will ride the line, Marino told ANSA Friday.
Metro C will be serviced by Rome's first fleet of driverless trains, comprised of six interconnected carriages per train, with a carrying capacity of up to 1,200 passengers per train.
Work on the line began in 2007 and when finished is planned to have 24 stations total, stretching from the historic center at the Imperial Fora to the city's far eastern periphery at Pantano.
The first stretch to open on November 9 runs approximately 13 kilometers on a 15-station route covering the easternmost tract of the line, from Pantano to the Centocelle neighborhood.
Trains on that stretch were put into testing at the end of 2013.
The first 13 trains to go into service were produced by the Ansaldo Breda company in Reggio Calabria.
Completion of the entire line is scheduled for September 2020.