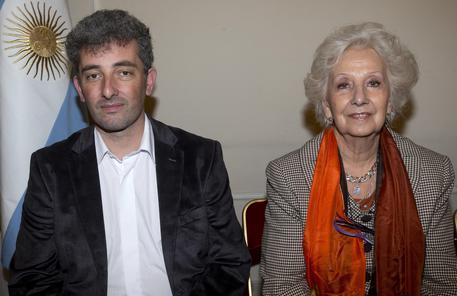 (ANSA) - Buenos Aires, November 7 - Human rights activist Estela de Carlotto on Friday admitted she had been wrong about Pope Francis' role during the Argentine dictatorship of 1976-1983.
"I was wrong about Pope Francis," said De Carlotto after being received by the pontiff at the Vatican last Wednesday.
"I'm not asking for forgiveness, because I was misinformed by what I thought were credible sources," she said.
When the former Cardinal Jorge Mario Bergoglio became Pope Francis, De Carlotto reportedly said: "Bergoglio belongs to that part of the Church which has cast a shadow over Argentina". De Carlotto, whose pregnant daughter in 1977 was abducted, tortured and murdered by the dictatorship, is the founder of Abuelas de la Plaza de Mayo (Grandmothers of the Plaza de Mayo).
While the dictatorship also kidnapped, tortured and murdered several Catholic nuns and Jesuit priests, the Catholic hierarchy was seen at the time as indifferent to, if not outright complicit in, the military repression against leftist dissidents.
Argentina in 2007 convicted Catholic priest Christian Federico von Wernich of torture and murder, sentencing him to life in prison for crimes committed while he was chaplain of the Buenos Aires Province Police during the dictatorship.