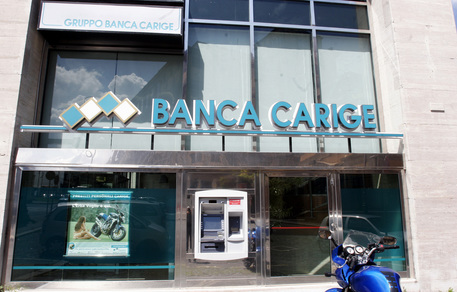 (ANSA) - Genoa, November 7 - Italian police on Friday seized assets worth some 29 million euros from suspects in a probe into alleged corruption at Genoa's Carige bank, including former chairman Giovanni Berneschi. Property and valuables were confiscated and bank accounts frozen.
Berneschi and his daughter-in-law Francesca Amisano are among the suspects. In June police seized five million euros from accounts in the names of Berneschi, Amisano and the former chief executive officer of the Carige Vita Nuova subsidiary, Fernando Menconi.
Berneschi, who was Carige's president until last year, was arrested in May along with Menconi and real-estate businessman Ernesto Cavallini.
Police said they believe Berneschi, 77, was the ringleader of a scam involving purchases made at inflated prices of stakes in companies headed by accomplices, which allegedly made it possible for 21 million euros to be taken out of Italy into Switzerland between 2006 and 2009.
They suspect that part of this money was used to buy properties in Switzerland in the name of senior figures at Carige, a Genoa-based lender with about 1,000 branches and two million clients.
Previous investigations led prosecutors to believe Carige manages used the trust centre to avoid monitoring of the Bank of Italy over illegal operations.