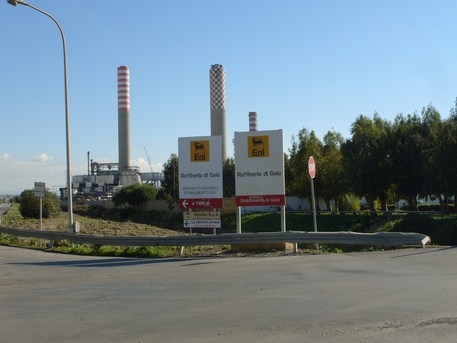 (ANSA) - Rome, November 6 - Oil giant ENI reached an agreement with labour unions and Sicilian authorities Thursday on upgrading its oil refinery near the town of Gela to make it environmentally friendly, a spokesman for Industry Minister Federica Guidi said.
"Jobs saved," spokesman Enrico Romagna Manoja tweeted. "Agreement reached on ENI Gela in presence of Minister Guidi".
"The refinery goes green".
UILTEC Sicilia trade union secretary Antonio Ferro said of the deal stipulating no jobs will be lost: "An important step for the defense of employment and the consolidation of this industrial reality".
Under the deal ENI will invest 2.2 billion euros in the 60-year-old refinery to make it eco-friendly.
In all some 3,000 jobs are at stake in safeguarding the future of the refinery, which recently was hit by strike action and a major fire.