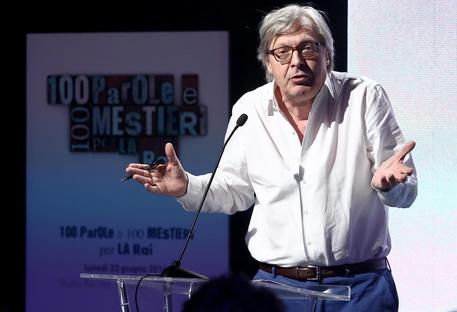 (ANSA) - Florence, November 6 - Trial began Thursday for flamboyant art critic Vittorio Sgarbi on charges of defaming architect Maurizio Barabesi as a "criminal" who restyled Piazza Santa Maria Novella with "shitty benches".
The trouble began in 2010 when Sgarbi stopped short of identifying Barabesi by name but criticised him fiercely for his work on the piazza for the Florentine Biennale of cultural heritage.
Barabesi considered his reputation to have been damaged and denounced the critic, who initially was acquitted by an investigating judge but subsequently was indicted after an appeal by prosecutors.
Defense lawyers for the critic presented a list of witnesses to be called including former minister Sandro Bondi, former superintendant Paola Grifoni and former Florence alderman Eugenio Giani.
The trial was adjourned until March 19.