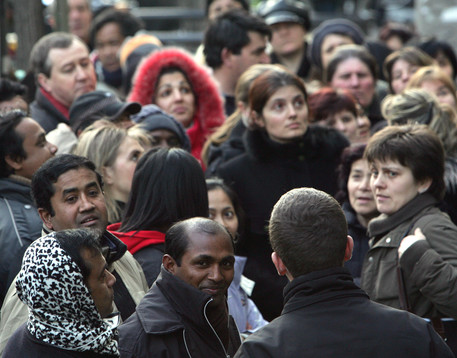 (ANSA) - Strasbourg, November 4 - Italy does not offer sufficient guarantees concerning reception facilities for asylum seekers, the European Court of Human Rights (ECHR) said in a ruling Tuesday.
The judgement was made in the context of a ruling on a case brought by an Afghan couple and their six children against the Swiss authorities for refusing to examine their asylum application and deciding to send them back to Italy. The court ruled that there would be a violation of Article 3 of the European Convention on Human Rights prohibiting inhuman or degrading treatment if the Swiss authorities were to send the applicants back to Italy under the Dublin Regulation without having first obtained individual guarantees from the Italian authorities that the applicants would be taken charge of in a manner befitting the age of the children. The family should also be kept together, according to the Dublin Regulation, the system designed to determine the EU member state responsible for examining an asylum application. "In view of the current situation of the reception system in Italy, the possibility that a significant number of asylum seekers removed to that country might be left without accommodation or might be accommodated in overcrowded facilities, in insalubrious and violent conditions, was not unfounded," said a court press release. The applicants, Golajan Tarakhel and his wife Maryam Habibi arrived on the coast of Calabria on July 16, 2011, before travelling on to Austria and then Switzerland where they lodged an application for asylum. However the Swiss authorities decided not to examine the application on the grounds that Italy was the State responsible for examining the application and ordered the applicants' removal to Italy. The family subsequently lodged an application with the ECHR against the decision.
This is the first time that the Strasborg court has ruled against the return of asylum seekers from another European country to Italy.
There are said to be around 20 similar cases pending before the court.