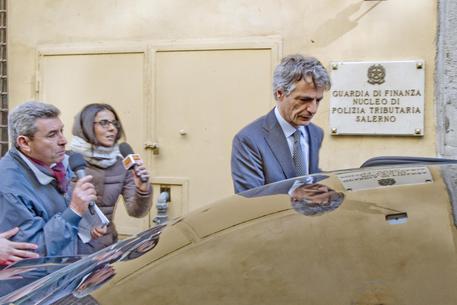 (ANSA) - Siena, October 31 - A court in Siena Friday sentenced Giuseppe Mussari, the former chairman of troubled bank Monte dei Paschi di Siena (MPS), to three years and six months in prison for misleading financial system regulators.
The same sentence was passed for MPS former general manager Antonio Vigni, whose lawyer said he will appeal, and former chief of finance Gianluca Baldassarri.
All three were accused of giving false statements to regulators in relation to the purchase of the smaller Antonveneta bank in 2008 and derivatives trades which prosecutors said were made to conceal losses.
Prosecutors said the trio deliberately hindered the work of banking supervisors from the Bank of Italy by hiding a contract signed from July 2009 between MPS and Japan's Nomura bank involving the restructuring of a complicated financial derivative dubbed Alexandria.
This case has been only one of several challenges facing MPS, which has been at the centre of numerous crises that have shaken the foundations of the world's oldest operating bank.
Its woes became public in 2013 when it became known that a previously undisclosed series of derivative and structured-finance deals produced losses of around 720 million euros.
MPS was hit by massive losses besides those related to the derivatives deal, as well as political furore when the former Italian government of Mario Monte agreed to a 4.1-billion-euro bailout plan to cover the bank's capital needs. More recently, MPS was hit hard this week on financial markets after stress tests by the European Central Bank found it had a capital shortfall of 2.1 billion euros.
Troubled MPS raised some five billion euros in new capital in early summer in order to repay a State bailout and avoid nationalization, as well we shoring up reserves ahead of the ECB assessment.