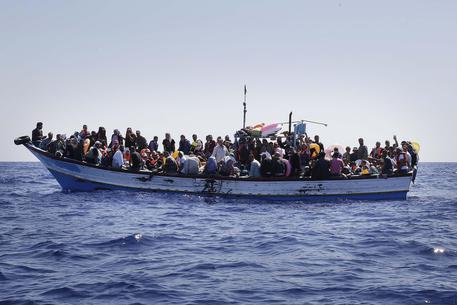 (ANSA) - Rome, October 31 - Interior Minister Angelino Alfano confirmed Friday that Italy's Mare Nostrum migrant search and rescue operation ends Friday with the European Union's maritime patrol operation, Triton, taking over Saturday.
Triton comes after strenuous pressure from Italy for the EU to take over its Mare Nostrum mission, which was set up in October 2013 after almost 400 people perished off the coast of Sicily in two migrant boat disasters.
Italy has saved some 150,000 lives in the 12 months since Mare Nostrum began.
"Mare Nostrum was conceived as a limited, emergency operation after the Lampedusa tragedy, and it went on longer than expected," Alfano said. "Today we can say Italy did its duty".
Operated by EU border agency Frontex, Triton will employ six ships, two airplanes and a helicopter, and will have bases on the island of Lampedusa - Italy's southernmost point, where most vessels sailing from North Africa first make landfall - and Porto Empedocle on the coast of Sicily.
But with only one-third of the budget of Mare Nostrum, officials have said Triton will emphasize border control over rescue.
Alfano stressed the monetary advantages to Italy of no longer having to save refugee lives on its own. Triton will have a budget of three million euros a month, while Italy spent 9.5 million euros a month on Mare Nostrum, he said.