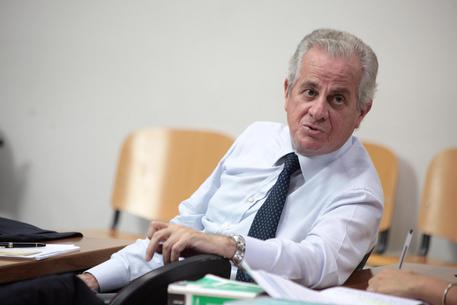 (ANSA) - Rome, October 31 - A Rome appeals court on Friday acquitted former industry minister Claudio Scajola of illicit funding because the crime has timed out. A member of ex-premier Silvio Berlusconi's People of Freedom (PdL) party, Scajola was forced to resign when he was indicted on charges related to a shady real-estate deal involving an expensive home with a view on Rome's iconic Colosseum. Prosecutors had originally asked that Scajola and his co-defendant in the case, businessman Diego Anemone, be given three-year jail sentences and fined two million euros each on charges of illicit funding.
The judge cleared Scajola, saying his assertion that Anemone had paid for most of the flat for him without his knowledge was credible.
The property was allegedly bought by Anemone, who is said to have paid 1.1 million euros of a total of 1.7 million euros through architect Angelo Zampolini for the purchase, as well as paying 100,000 euros for renovations.
The case was part of a broader investigation into alleged illegal activities by Anemone that emerged following the 2009 Group of Eight (G8) summit in Italy.
The meeting of G8 international leaders was initially scheduled to be held in La Maddalena in Sardinia before being moved to the earthquake-stricken town of L'Aquila. The case against Anemone was timed out by the statute of limitations.
Scajola is currently under house arrest for allegedly helping Amedeo Matacena, a fugitive former MP for ex-premier Silvio Berlusconi's Forza Italia (FI) party who has been convicted of Mafia links.
A 66-year-old former government programme, interior and industry minister under separate Berlusconi governments, Scajola is accused of trying to help transfer Matacena from Dubai to Lebanon, from where it is allegedly more difficult to obtain an extradition.
Matacena's wife Chiara Rizzo and right-hand man Martino Politi face identical charges.
The pair are also believed to have tried to conceal Matacena's assets to prevent them from being seized.
Matacena announced in June that he would return to Italy from Dubai to serve his time in order to give his children "their mother back", but so far has not come back.
Scajola was also forced to resign as interior minister from a previous Berlusconi government in July 2002 after sparking controversy by making derogatory remarks about slain labor ministry aide Marco Biagi.
Biagi was gunned down the previous March by the Red Brigades after being denied a police escort by Scajola.
In off-the-cuff remarks, Scajola said Biagi had been a "pain in the a**" and that had Biagi been given an escort "three people would have been killed instead of one".