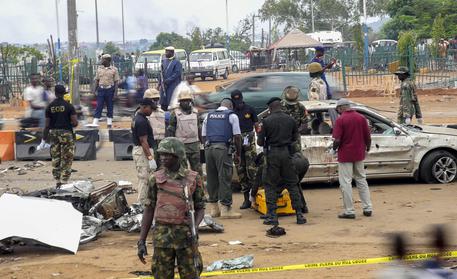 (ANSA) - Rome, October 31 - At least eight people died Friday in three explosions at a bus station in north-eastern Nigeria.
Many people were injured in the rush-hour blast in Gombe city. Witnesses spoke of three bags of explosives going off.
Gombe shares a border with three states placed under emergency rule to fight the Boko Haram Islamist insurgency.
The group has taken full control of Mubi, a commercial centre in Adamawa.
It is the largest town Boko Haram has taken since it stepped up its insurgency when the state of emergency was declared in May 2013 in Adamawa, Borno and Yobe.