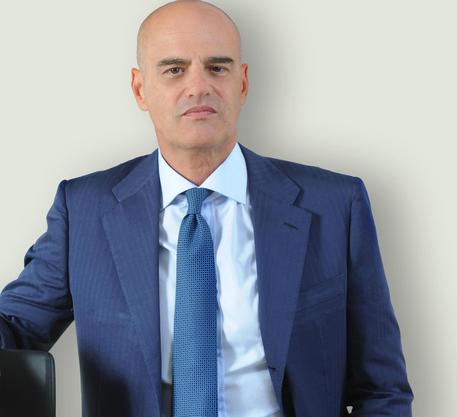 (ANSA) - Rome, October 30 - Italy should not worry about energy supplies this winter, even in the event of a Russian gas crisis, as the country has diverse sources, ENI chief Claudio Descalzi said Thursday.
"Italy has long diversified its supplies," the chief executive officer of the Italian oil and gas giant said in reporting third-quarter profits of 1.71 billion euros.
"We don't depend solely on Russia, we have re-gasifiers and a good connection with North Africa," he said.
Descalzi also predicted that the price of oil would be "stable for the next few months".
Tension between Russia and Ukraine over the ongoing military crisis in pro-Russian eastern Ukraine and Kiev's failure to pay off a billion-dollar debt to Moscow for its own gas have raised fears of interruptions to supplies to Europe.
Meanwhile, ENI said its third-quarter profits were down 57% over the same period in 2013, due to an usual gains last year on the divestment of a 20% interest in the Mozambique discovery for approximately three billion euros.
Net profits for the first nine months of 2014 were 3.68 billion euros, down 36.7% over 2013, Eni said in a statement.
Further, the company posted an operating cash flow of 3.98 billion euros for the period July-September, the highest performing third quarter for the last five years.
Oil and gas production remained stable at 1.58 million barrels of oil a day.
Descalzi said he was "very pleased" with the firm's cash generation, and said the third-quarter and nine-month profits posted by the Italian oil and gas giant "exceeded expectations by 30%".
"It has hit the highest level of the last five years in spite of continued weakness in the trading environment...Our exploration is continuing to deliver extraordinary results which will drive future growth in our upstream portfolio". Company stocks rose more than 2% during trading Thursday but closed a bit lower, show a gain of 1.47% to 16.58 euros on the Milan bourse.
"Today's results are extremely positive, they surprised the market," said the CEO, who attributed the results to "major efforts made to renegotiate gas contracts with (Norwegian multinational oil and gas company) Statoil, (Russian energy company) Gazprom and Algeria".