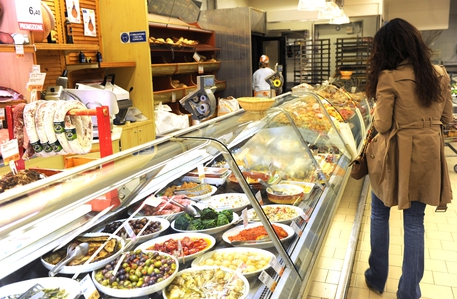 (ANSA) - Rome, October 30 - Just over four million Italians required food aid in 2013, farmers' association Coldiretti said on Thursday.
Specifically, 303,485 people ate charity soup kitchen meals and a further 3,764,765 - particularly pensioners, the unemployed and families with small children - received assistance in the form of food parcels, Coldiretti said.
The association added that the number of people seeking food aid has risen significantly in recent years, from 2.7 million in 2010 to 3.3 million in 2011 and 3.7 million in 2012, as Italy struggles to emerge from its longest and deepest recession since the Second World War. However, the figures - reported on the same day that national statistics agency Istat said 28% of Italians were at risk of poverty or social exclusion in 2013 - represent only the tip of the iceberg, Coldiretti said, adding that 14.2% of families were unable to afford a meal with an adequate protein content at least once every two days.